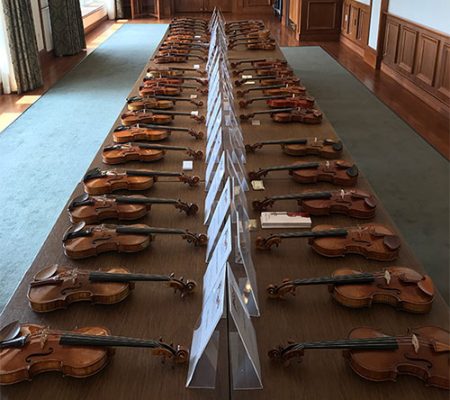 In celebration of its 10th Quadrennial, the International Violin Competition of Indianapolis launched the 21st Century Violin Search to discover the finest violins created this century. Forty-five luthiers (violin makers) from the United States, Canada, Germany, Iceland, Italy, Switzerland, Ukraine and the United Kingdom submitted instruments for the Search. The IVCI will purchase two of the top-ranked violins to add to its collection. These violins, along with the 1683 “ex-Gingold” Stradivarius, will be loaned to 2018 Laureates for a period of four years as part of their prize.
The winners of the 2018 21st Century Violin Search are luthiers Paul Crowley of Brooklyn, New York, and Philip Ihle of London, England (listed here alphabetically). 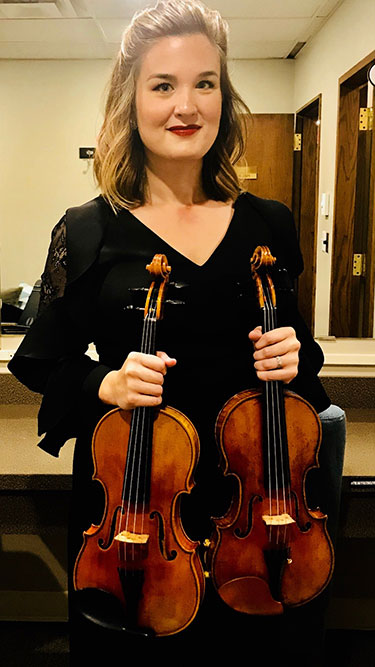 Each violin was rigorously tested solely by its tone in an anonymous and blind capacity by members of the 2018 IVCI Jury and Participants, plus concert violinists including Stefan Milenkovich (1994 IVCI Silver Medalist), Tessa Lark (2014 IVCI Silver Medalist), Celeste Golden Boyer (2006 IVCI Bronze Medalist and Second Associate Concertmaster of the St. Louis Symphony), Tarn Travers (Concertmaster of the Indianapolis Chamber Orchestra), Joel Smirnoff (former president of the Cleveland Institute of Music and member of The Juilliard School faculty) and Peter Vickery (Assistant Concertmaster of the Indianapolis Symphony Orchestra).

Paul Crowley is an award-winning violin maker who individually crafts violin family instruments in his Brooklyn workshop. His instruments are played in major orchestras and chamber ensembles by aspiring students, and are owned by university collections. Paul started his journey into violin making as a musician and sound engineer. He built his first guitar in 1993 and fell in love with the process of creating musical instruments. He graduated from the North Bennet Street School’s violin making and restoration program in 2002. After graduating, Paul worked with Michele Ashley and Marco Coppiardi for several years before heading out on his own. To date, Paul has crafted over 100 violins, violas and cellos. He has won several awards at the Violin Society of America’s international competition, encompassing both tone and workmanship. Paul regularly attends the Oberlin College violin making workshop where some of the finest violin makers in the world come together for two weeks each summer to collaborate and share new ideas. He was elected to the American Federation of Violin and Bow Makers in 2010 and is a member of the Violin Society of America. His winning violin for this search was crafted in 2018. 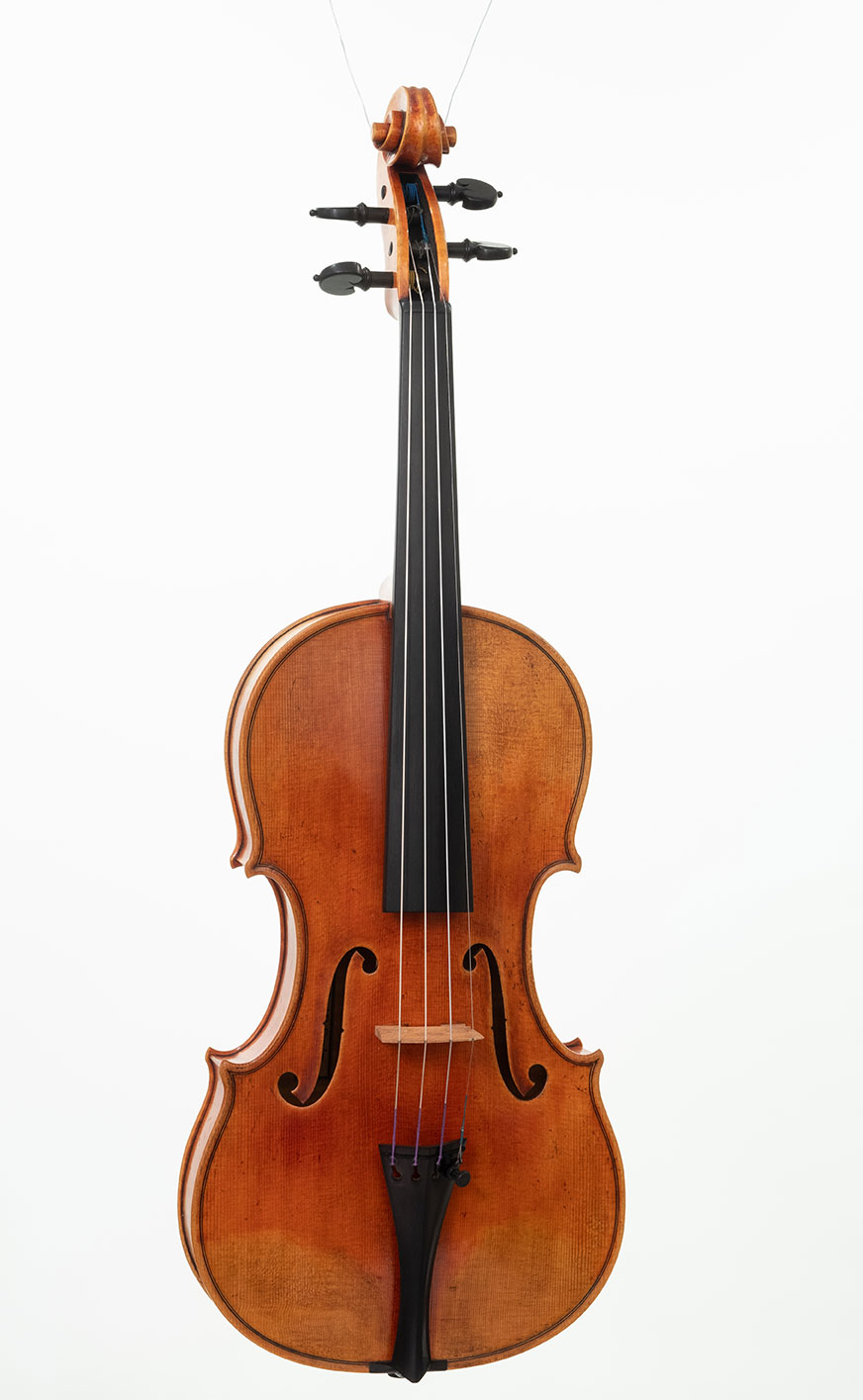 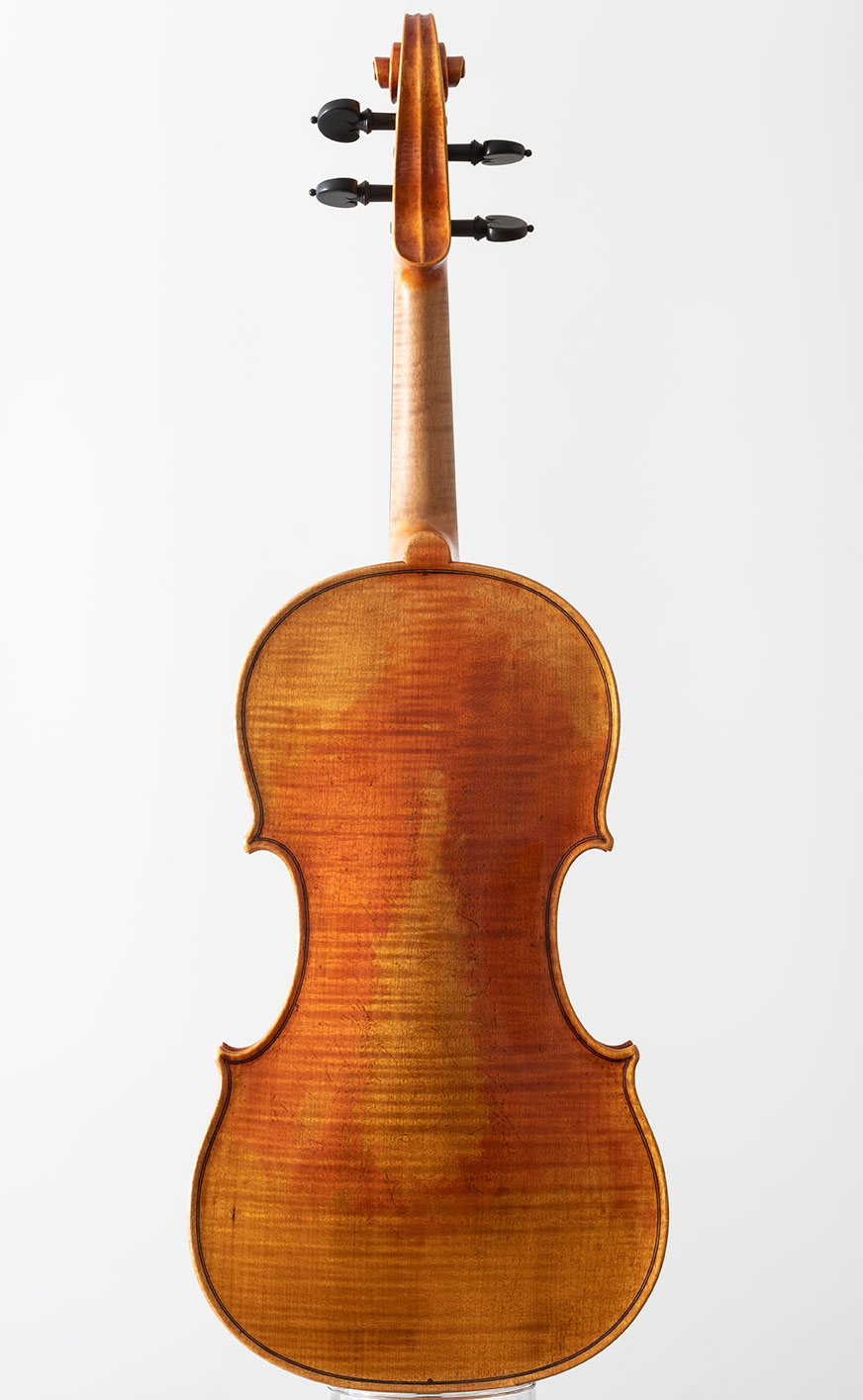 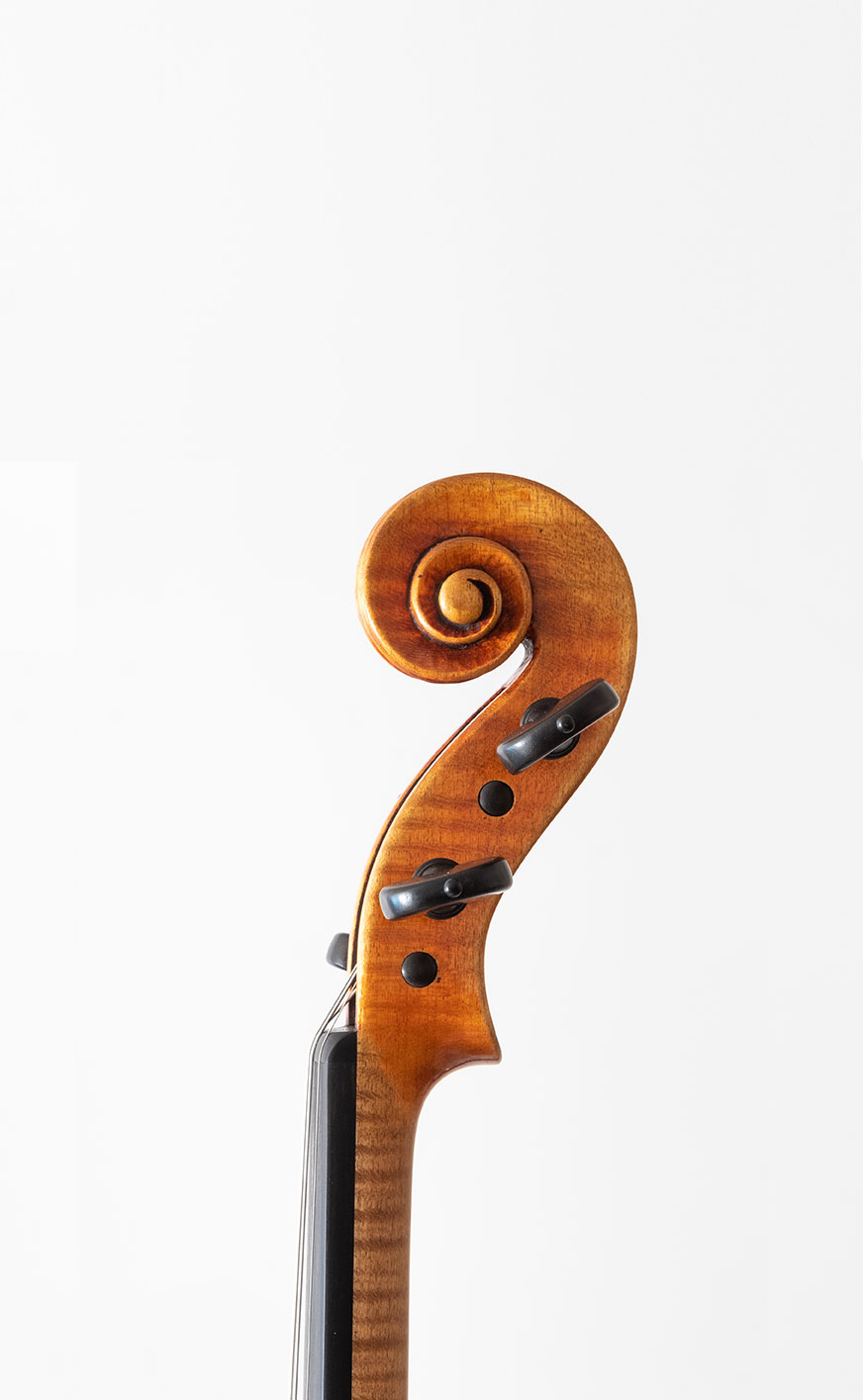 Philip Ihle trained in Cremona, Italy and worked at the Wilhelm Geigenbau in Switzerland specializing in maintenance, repair and sound adjustment. He later worked with Florian Leonhard in London and during this time shifted from restoration to creating copies of fine old instruments with the occasional replacement of a missing scroll or table for fine instruments. He worked with Mark Wilhelm in Switzerland for two years and in 2013 created his own workshop, Ihle Violins in central London. His winning violin for this search was crafted in 2014. 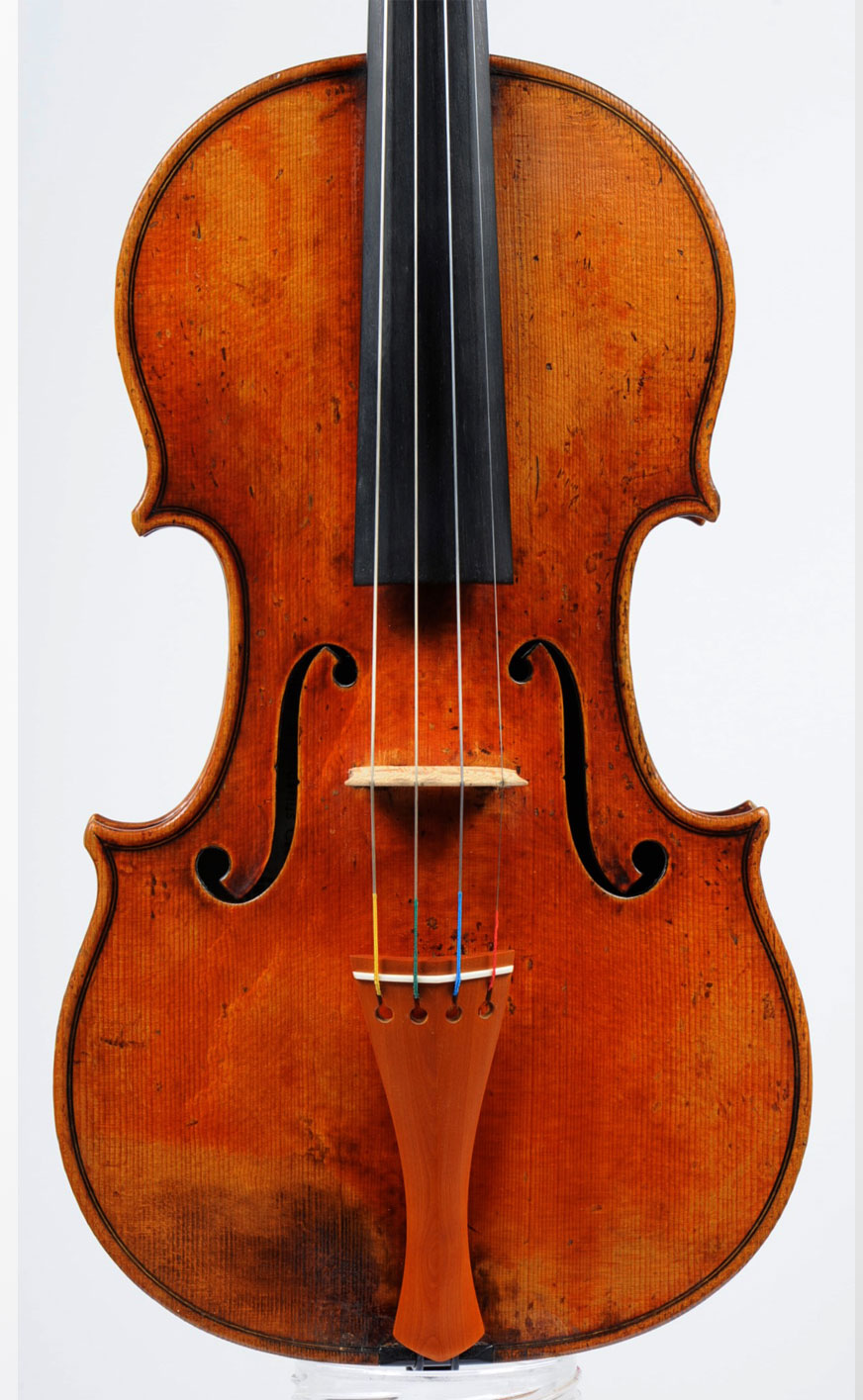 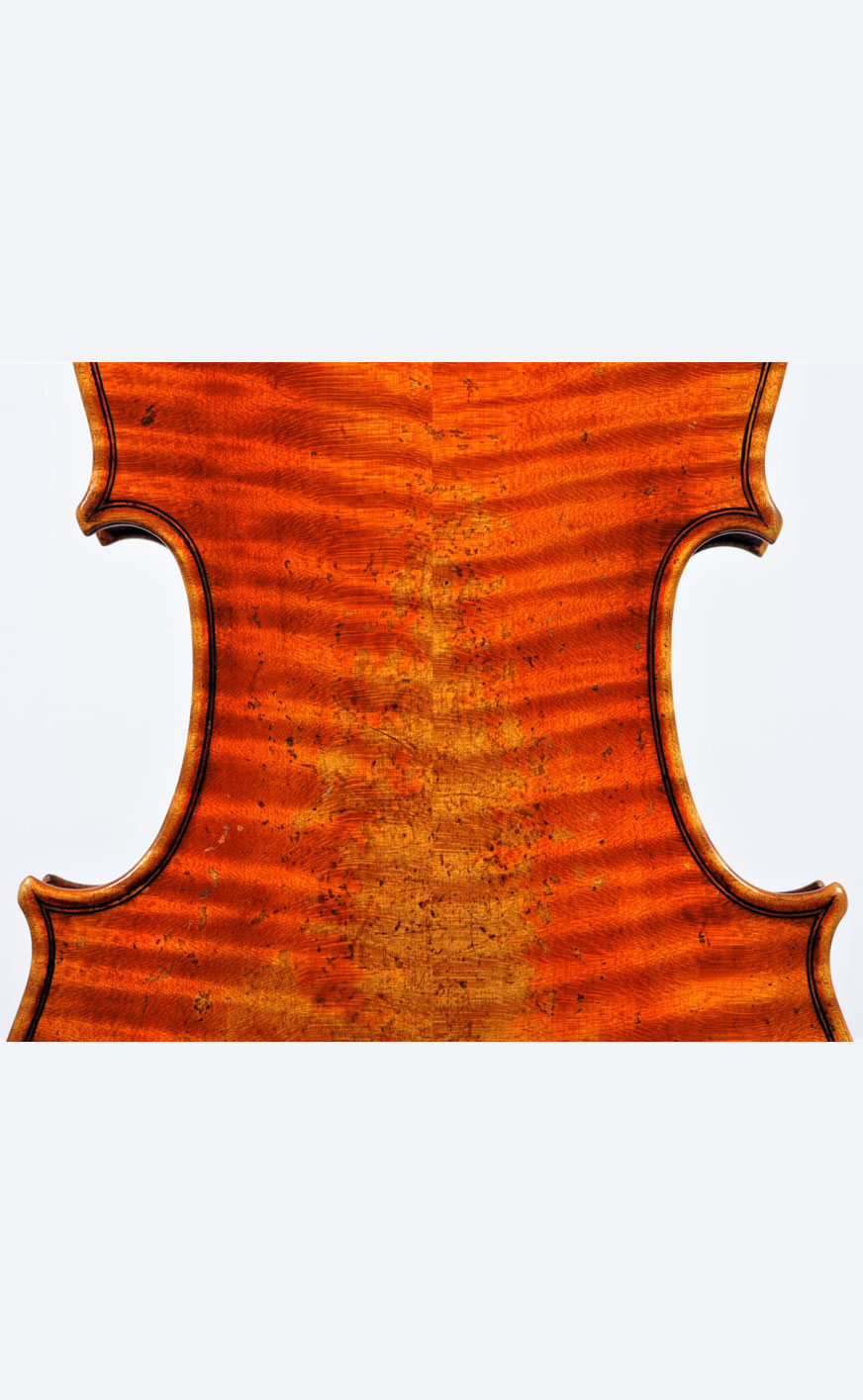 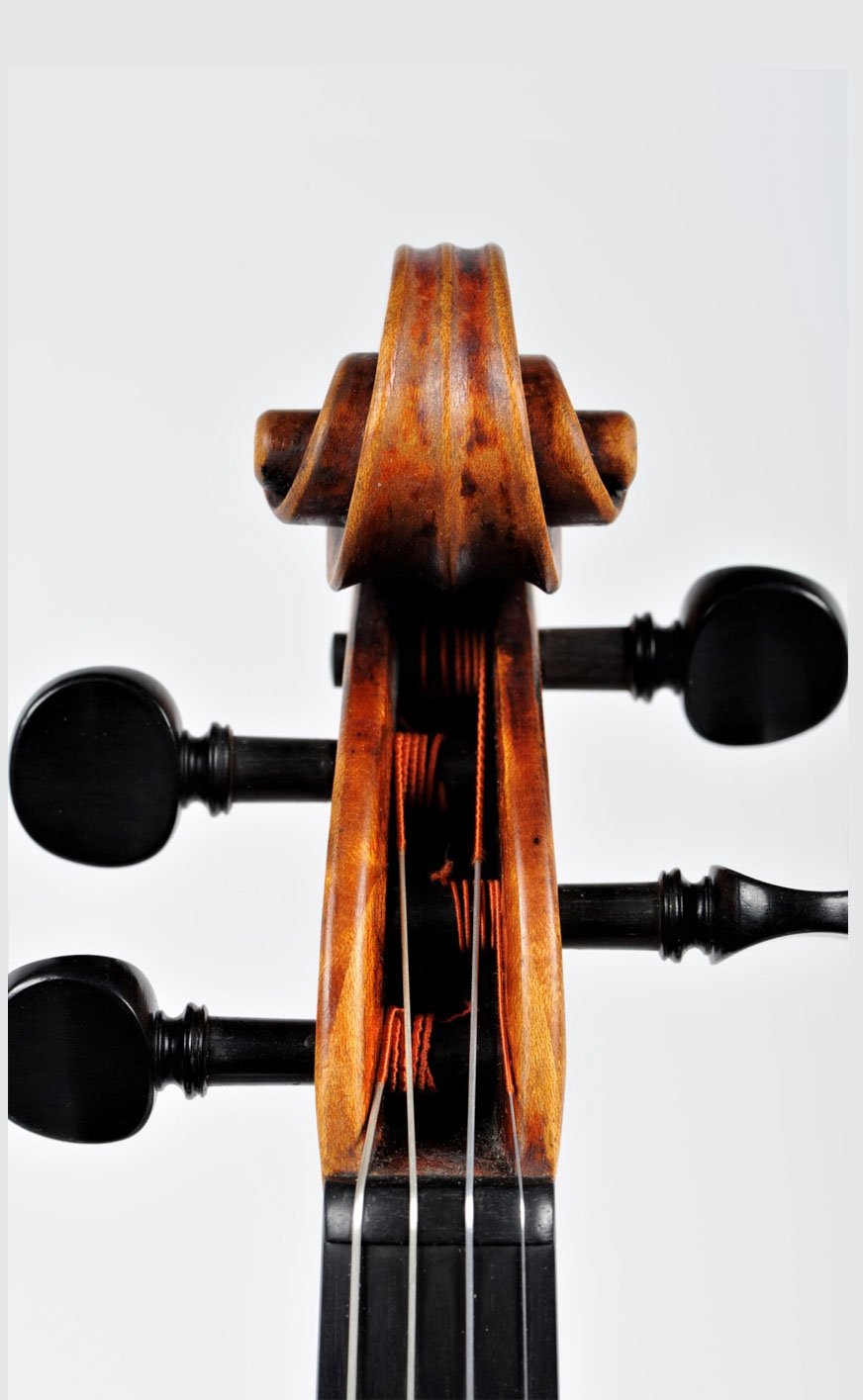 Below is a list of all 45 luthiers who submitted instruments for the Search. Those in bold were the top thirteen. The top five finalists are marked with an asterisk.