Violinist Jinjoo Cho is redefining what it means to be a classical artist in the 21st Century as a charismatic soloist, dynamic and engaging chamber musician, dedicated teacher, innovative artistic director, and published writer.

Passionate about pedagogy, Jinjoo has taught at some of the most reputable conservatories in the United States such as the Cleveland Institute of Music and Oberlin College and Conservatory. Since 2018, Jinjoo has held the position of Assistant Professor of Violin at the Schulich School of Music at McGill University in Montreal and serves as the Founding Artistic Director of the ENCORE Chamber Music Institute, a summer festival that offers young musicians an experience of true immersion as chamber musicians. Jinjoo’s dedication to nurturing the next generation of young musicians stems directly from the influence of her mentors Paul Kantor and Jaime Laredo.

Jinjoo is a consummate recording artist and writer. Her previous recordings including La Capricieuse (SONY Classical), The Indianapolis Commissions (Azica Label) and Jinjoo Cho (Analekta Label) garnered critical acclaim worldwide and commercial success in her home country of Korea. In 2021, a new Saint-Saëns album was released by Naïve Classical with Ensemble “Appassionato,” conducted by her dear friend Mathieu Herzog. Jinjoo published her first book, “Would I Shine Someday” in 2021, and continues to write editorials for various magazines, newspapers and webzines in Korea.

In the 21/22 Season, Jinjoo’s scheduled performances included a subscription concert with the Charlotte Symphony, a solo debut in Paris at La Seine Musicale, and a recital as a featured artist at The Gilmore Festival. 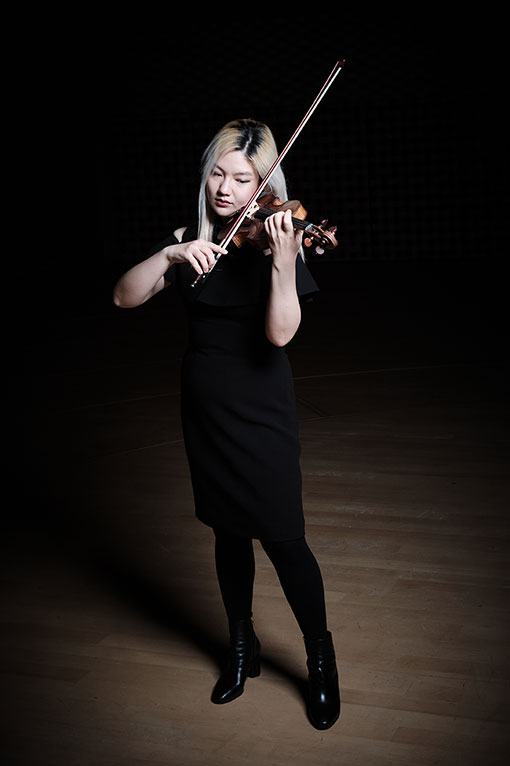