Alongside Mr. Perlman, Mr. De Silva has performed multiple times at the White House, most recently in 2012 at the invitation of President Barack Obama and Mrs. Obama for Israeli President and Presidential Medal of Freedom honoree Shimon Peres; and at a State Dinner in 2007, hosted by President George W. Bush and Mrs. Bush for Her Majesty The Queen and His Royal Highness The Duke of Edinburgh. A native of Sri Lanka, Mr. De Silva was invited in 2015 by the Prime Minister of his country to perform at a luncheon for U.S. Secretary of State John Kerry on his historic visit to Sri Lanka.

Mr. De Silva began his piano studies with his mother, the late Primrose De Silva, and with the late Mary Billimoria. He spent six years at the Royal Academy of Music in London as a student of Hamish Milne, Sydney Griller and Wilfred Parry. While in London, he received many awards including the Grover Bennett Scholarship, the Christian Carpenter Prize, the Martin Music Scholarship, the Harold Craxton Award for advanced study in England, and, upon his graduation, the Chappell Gold Medal for best overall performance at the Royal Academy. Mr. De Silva was the first recipient of a special Scholarship in the arts from the President’s Fund of Sri Lanka. This enabled him to enter the Juilliard School, where he received both his Bachelor and Master of Music degrees, studying piano with Martin Canin, chamber music with Felix Galimir, and working closely with violin pedagogue Dorothy DeLay. He was awarded a special prize as Best Accompanist at the 1990 Ninth International Tchaikovsky Competition in Moscow, and received the Samuel Sanders Collaborative Artist Award as presented to him by Itzhak Perlman at the 2005 Classical Recording Foundation Awards Ceremony at Carnegie Hall.

Mr. De Silva joined the collaborative arts and chamber music faculty of the Juilliard School in 1991, and in 1992 was awarded honorary Associate of the Royal Academy of Music. In 2015, he was awarded the Fellowship of the Royal Academy of Music. In 2001, he joined the faculty at the Ishikawa Music Academy in Japan, where he gives masterclasses in collaborative piano. Mr. De Silva additionally has served as a faculty member at the Great Wall International Music Academy in Beijing, China, and at the International String Academy in Cambridge, U.K. since 2011. He was on the faculty of the Perlman Music Program from 2000 to 2007. Radio and television credits include PBS’s Live from Lincoln Center and the Colbert Report with Itzhak Perlman, The Tonight Show with Midori, CNN’s “Showbiz Today”, NHK Television in Japan, National Public Radio, WQXR and WNYC in New York, Berlin Radio, and the 2000 Millennium Grammy Awards. Mr. De Silva has recorded for Deutsche Grammophon, Universal, CBS/SONY Classical, Collins Classics in London, RCA Victor and Chandos. 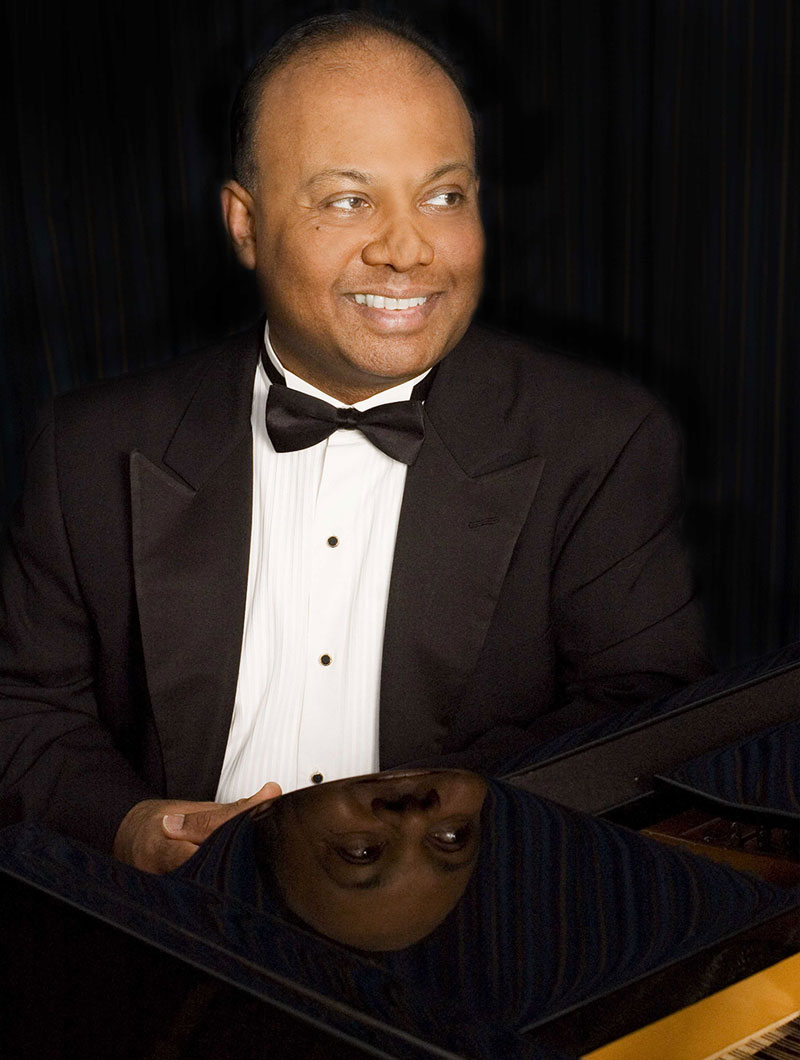